When discussing industry standards, the sexy ones are involved around performance: if you can breathe PCIe 4.0 or PCIe 5.0 into a sentence, people start listening. One of the standards we actually deal with day in and day out though is around charging and USB charging. Not only do we have a series of standards in play for chargers over USB, but there are also a ton of companies that do their own thing in the mix outside of those standards. It can be, if we’re honest, a bit of a mess.

One of the new ways that the USB-IF is trying to fix this is with certified chargers and fast chargers. The new programs, previously announced in 2016 and back at CES 2018, are finally coming to fruition, and the USB-IF is showing off some of the new products released under the new standards. By using 11 certified test centers worldwide, the newest fast charging standards will enable wall chargers, car chargers, and other dedicated charging devices to carry a logo that states both that the unit adheres to the standards, but also the maximum power. 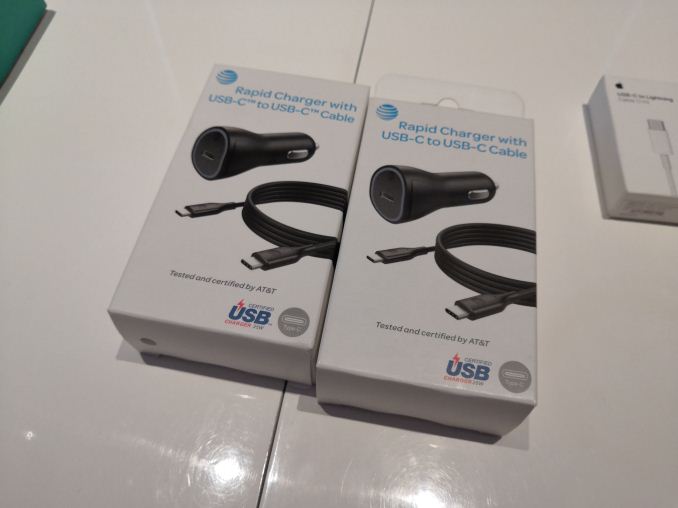 This listing of power is going to be a good thing. Users can know that if they need a 45W or a 65W charger, that what the logo says on the box is what the unit can handle. At the show we bumped into a company that already has chargers certified to 25W, 27W, 45W, and 65W. It was as clear as day which product was targeted for what sort of application.

Meanwhile the fast charging standard, which implements the USB Power Delivery Programmable Power Supply standard, allows for devices and chargers to do finer-grained voltage negotiation between USB-PD's major power classes (5V, 12V, etc). This allows a device to request the highest voltage it can take, as opposed to having to drop down to a lower power class entirely. 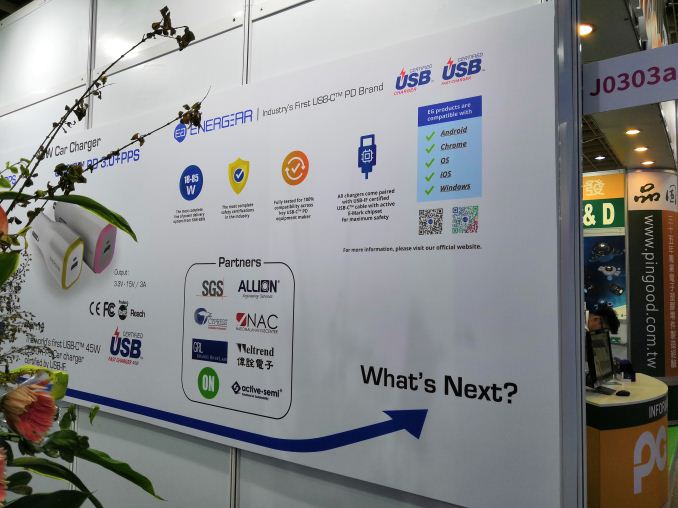 USB-IF also spoke about USB 3.2, with ASMedia at the show having a prototype 2x2 PHY on display. Despite the standard being finalized in September 2017, the first products and controllers are unlikely to be available until 2019 at the earliest.