This week as part of the annual Hot Chips semiconductor conference, Samsung’s memory division has presented a poster/slides on a project it is currently working on with impressive end-point results. The company details a 512 GB module of DDR5 memory, running at DDR5-7200, designed for server and enterprise use. This is a step up from the 256 GB modules at the top end of the market today, but to get there, Samsung has been introducing some new features and functionality. 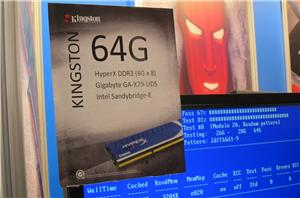 I dropped by Kingston's booth at the IDF tech showcase to check out two things this evening: Kingston's SSDNow KC100 and another Sandy Bridge E demo. The KC100 is... 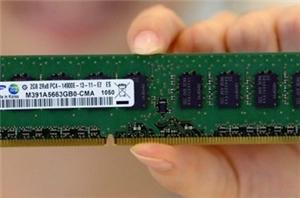 DDR3 made its debut in mid-2007 when Intel released P35 chipset with support for DDR3. Today nearly all desktop, mobile and server platforms support DDR3. iSuppli estimates that DDR3... 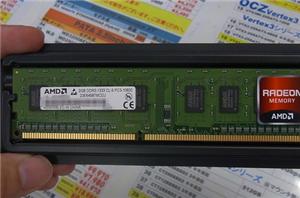 AMD's website suggests that the company will be entering the RAM market soon with their own RAM modules. The modules will be branded as Radeon, just like AMD's GPUs... 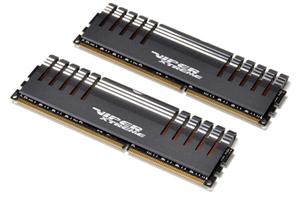 Intel's Second Generation Core processors, based on the Sandy Bridge architecture, include a number of improvements over the previous generation's Nehalem architecture. We’ll be testing one specific area today... 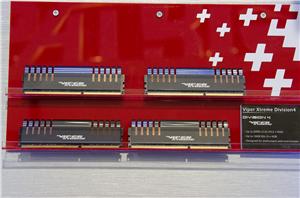 Patriot: 16GB is the new 8GB for Sandy Bridge-E

Patriot gave me a preview of their new Viper Xtreme Division4 DDR3 memory due out later this year. Patriot is targeting this new line at Sandy Bridge E systems... 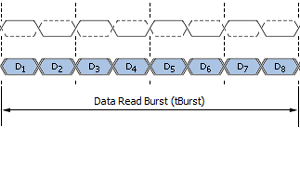 Everything You Always Wanted to Know About SDRAM (Memory): But Were Afraid to Ask

It started off as a simple enough memory review, but somewhere along the way we decided to dramatically expand the scope of our discussion and avoid the monotony...

The whole 'fastest memory' halo product race is a bit of a farce. In terms of DDR3, Corsair started the race back in 2007 with their first set... 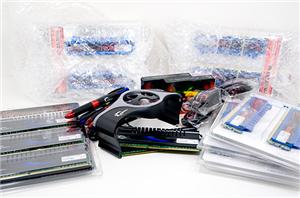 This Just In: G.Skill Giveaway Goodies

Before the new site launched I demoed a new feature I'd been toying with called This Just In. The idea is to give you guys a quick glance at...

We take a look at the latest DDR3-2000+ kits from Corsair and OCZ, but find the quality of the Elpida Hyper ICs is the real story.

We take an in-depth look at memory scaling on the Core i7 platform to determine if there is any value in using memory faster than DDR3-1066.

We take a first look at a very impressive DDR3-1333 (PVT36G1333ELK) 6GB memory kit from Patriot and figure out our assumptions about inexpensive DDR3 memory were misguided.

Core i7 - Is High VDimm really a Problem?

Actually, high VDimm is a problem but only under certain circumstances. How and why is something we cannot answer yet, but we do have a briefing today.

We preview Corsair's new Dominator DDR3-2133 2X1GB kit based on Samsung's latest IC. The first question we set off to answer is just what chipsets will run this stuff...

We take a sneak peak at OCZ's latest Flex series armed with a Zotac 9800GTX and ASUS P5Q Deluxe.

In Memory Of The Law: The Memory Industry's Legal Problems

The memory industry has been under fire for anti-competitive actions for over half a decade, we take a look at what's going on

Our high-speed DDR3 Roundup revs up! Do the newest high-speed memories have the stuff to join the DDR3-2000 club?

OCZ introduces the fastest production memory you can buy. The new DDR3-1800 is based on more aggressive binning of Micron Z9 chips. How does their new DDR3-1800 compare to...

Kingston is launching PC3-11000, the first production DDR3-1333+ with the bonus of low latency. Do lower latencies move DDR3 up in performance enough to offset the higher price?