In addition to 7-series motherboards, MSI had its GUS II external GPU solution on display. The external chassis features a Thunderbolt interface and an internal PCIe slot. Despite running on a MacBook Pro there is currently no OS X support for the solution, but it does work under Windows. Presumably if there's OS X support for the GPU inside the enclosure it would work under OS X as well.

The only limitation to the GUS II is the internal GPU has to be powered by PCIe alone (there are no aux PCIe power connectors inside the chassis).

MSI gave us no timeframe for release or estimate on price, but the idea alone is super exciting. I expect to see more of this type of thing as Thunderbolt equipped Ivy Bridge notebooks show up this year. 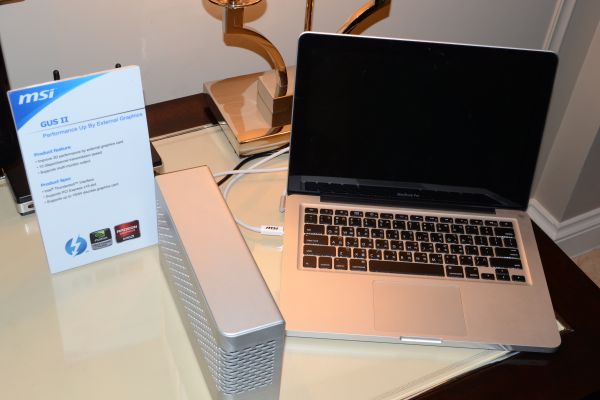