The AMD Radeon R9 Nano Review: The Power of Size

6 inch video cards are by no means a new thing in the GPU space, however these are traditionally lower-end products that need neither a large cooler nor an extensive power delivery system. As a result the R9 Nano is something of an interesting aberration, packing a lot more power and a lot more technology into half a foot of video card than what we normally see.

Starting as always from the top, the R9 Nano measures 6” long, which is actually a bit shorter than the full length the Mini-ITX standard allows. Responsibility for cooling the card falls to the R9 Nano’s new open air cooler, an aggressive design that has been specifically tailored to allow the card to effectively dissipate 175W of heat in such a small space. 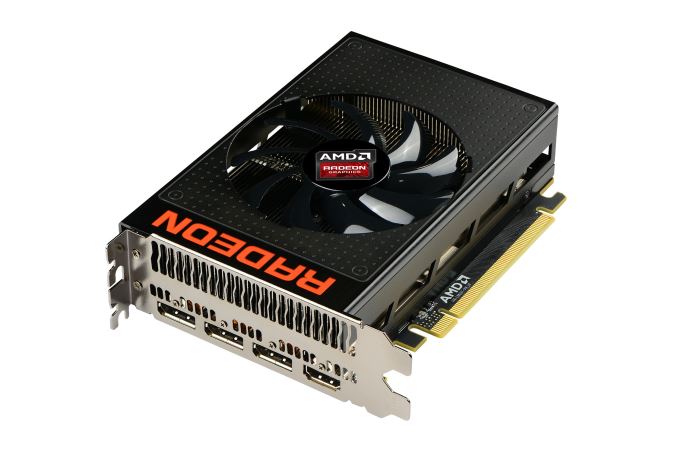 The overall design of the R9 Nano’s cooler is best described as a combination open-air and half-blower hybrid. The design is technically open-air, employing a single axial fan to cool the card. However with only a single fan AMD has been able to align the heatsink fins horizontally and then place the fan in the center of the heatsink. The end result is that roughly half of the heat produced by the card is vented outside of the case, similar to a full blower, while the other half of the heat is vented back into the case. This reduces (though doesn’t eliminate) the amount of hot air being recycled by the card. 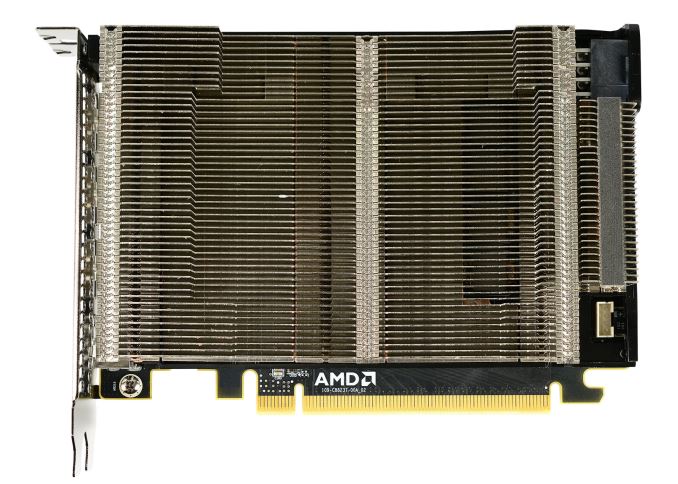 The heatsink itself is composed of aluminum and runs virtually the entire length of the card. This is technical a two-piece heatsink, with the primary heatsink composing the bulk of the card, while a much smaller secondary heatsink it found towards the far end of the card and mounted on top of a heatpipe. 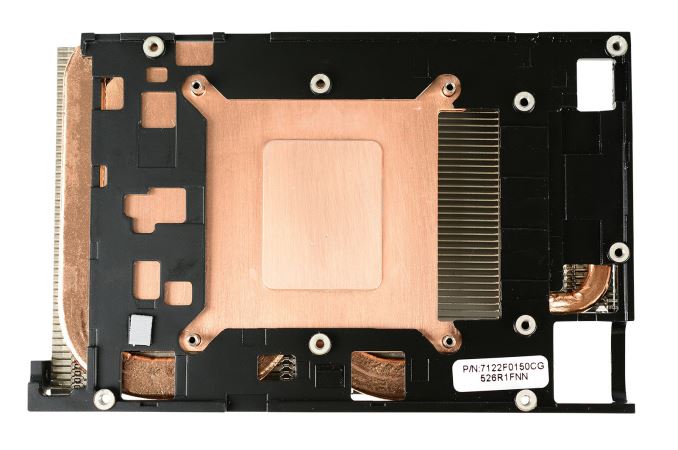 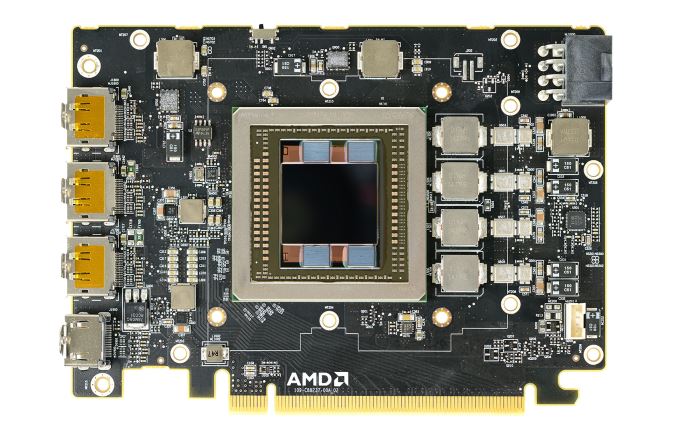 As for the physical PCB itself, as we can see AMD made it a relatively packed card in order to get the R9 Nano down to 6 inches. Compared to the R9 Fury X reference board, the biggest change here is that AMD has removed a fair bit of power circuitry to save space. By our count there are 4 VRM phases to feed the Fiji GPU, as opposed to the 6 found on R9 Fury X. Power delivery is handled by a single 8-pin PCIe power socket, which is becoming increasingly common, replacing the 2x 6-pin setup for 150W-225W cards. 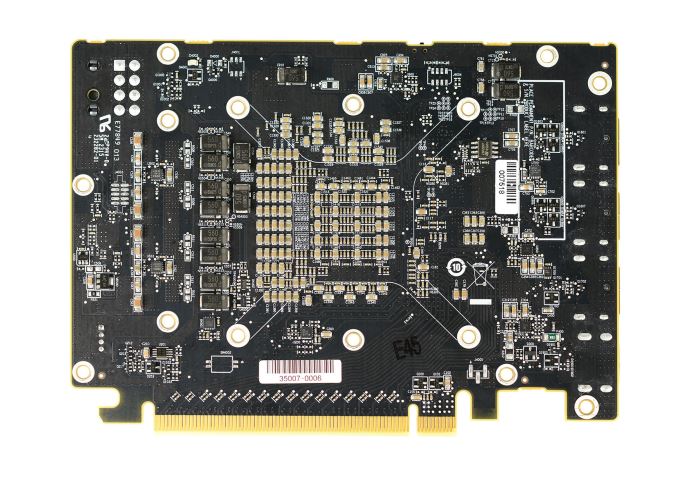 Meanwhile to further shrink the overall PCB footprint, AMD has moved some of the remaining power delivery circuitry to the back of the card. The front of the card still contains the inductors and heat-sensitive MOSFETs, while a number of capacitors are on the rear of the card (and is why you won’t find a backplate).

Finally, for display I/O R9 Nano is unchanged from R9 Fury X. This means we’re looking at a DVI-free design, with 3x DisplayPort 1.2 and 1x HDMI 1.4 port all along a single row of the I/O bracket. Buyers looking to put together HTPCs will want to be especially mindful of the HDMI 1.4 port; while it's not necessarily a deal-breaker, it does mean that the R9 Nano can't fully drive 4Kp60 TVs, which are slowly but surely becoming more common.

Overall AMD is rather confident in their design for the R9 Nano. The heatsink is built to efficiently dissipate more heat than the 175W the card requires (despite the small size), and as a result we never see the R9 Nano thermally throttle under normal operation. The card’s thermal throttle point is 85C, and in our testing the card never passed 75C, exactly as AMD promised us. What ends up limiting the R9 Nano’s performance then is exactly as expected: the power throttling. 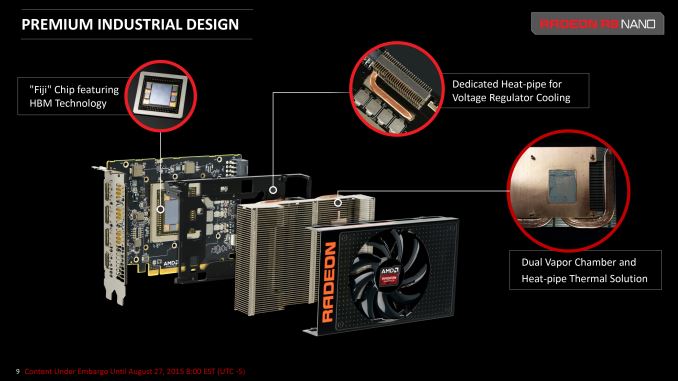