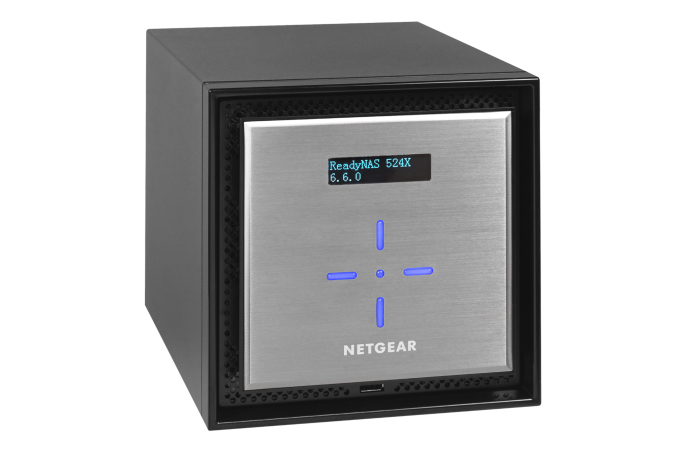 The major new product announcement in the ReadyNAS lineup is the ReadyNAS 420 series, which comes in 2-bay (RN 422) and 4-bay (RN 424) variants. Both are based on the dual-core Intel Atom C3338 SoC. Based on the Goldmont Atom micro-architecture, Denverton shows that Intel is committed to a cost-effective server solution based on the Intel Atom platform, while retaining Xeon D and Pentium D for solutions offering better performance at a premium. 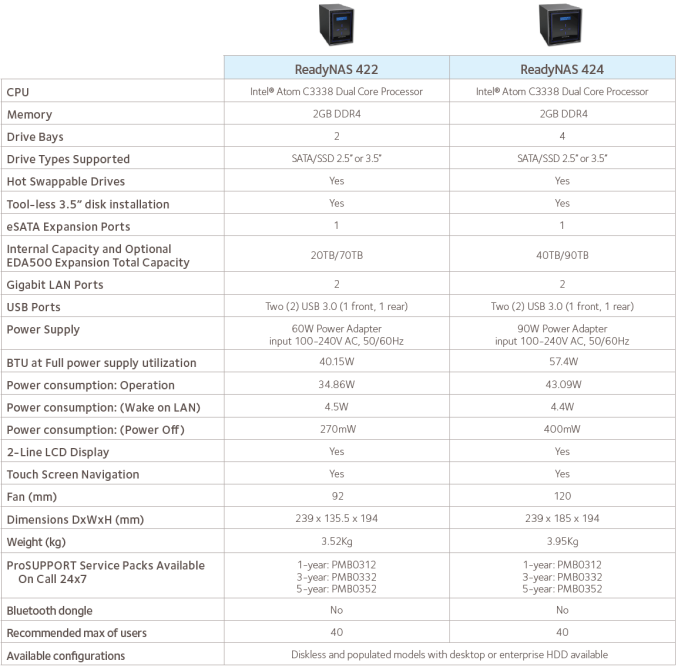 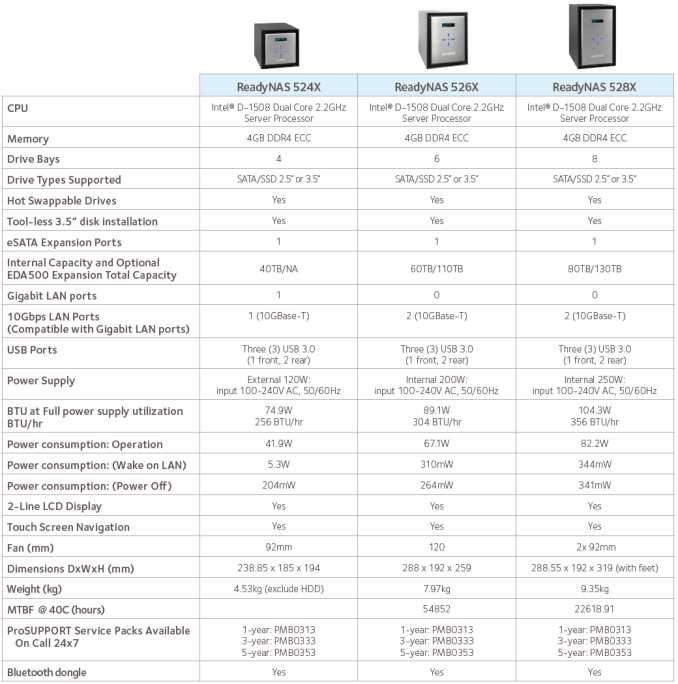 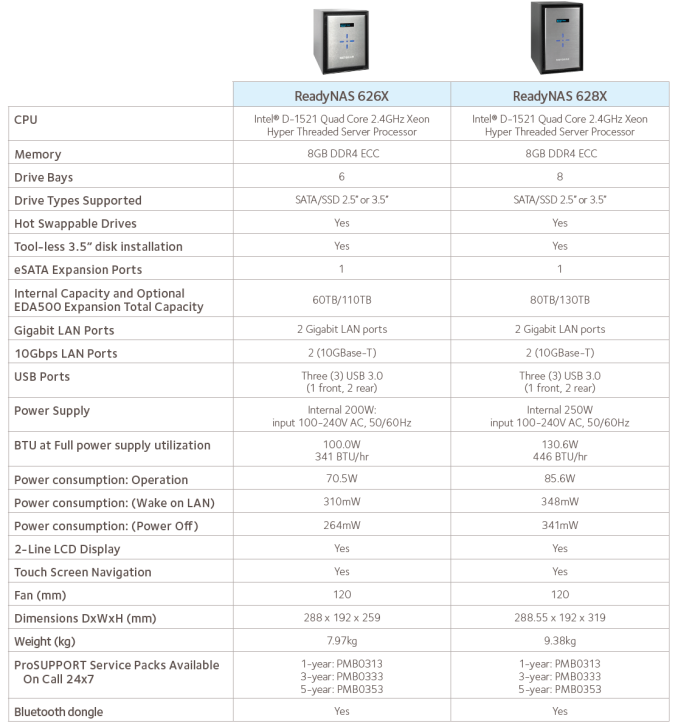 An interesting aspect is the Bluetooth dongle, which allows IT administrators to quickly check up on the status of the NAS unit from a mobile device.

Similar to the current ReadyNAS units, the new ones also deliver the advantages resulting from Netgear's adaptation of the btrfs file system along with a mdadm RAID management layer. Various backup and remote access strategies are supported with the ReadyDR and ReadyCLOUD packages. Despite the major focus on gearing up ReadyNAS solutions towards business use-cases, there is also support for prosumers interested in multimedia streaming - the ReadyNAS 620 series supports streaming and real-time transcoding of multiple 4K streams, while the 520 series supports streaming and real-time transcoding for multiple 1080p or a single 4K stream (based on the CPU capabilities).

The current pricing of the various ReadyNAS models are specificed in the table below.

All models are backed up by a 5-year warranty, with multiple support options available (including next business-day parts replacement) - something attractive to IT administrators. In summary, Netgear has taken the lead in introducing commercial off-the-shelf (COTS) NAS units based on the latest hardware platforms from Intel. The OS features and allied packages are very attractive to business users, despite other NAS vendors providing a OS with more features for prosumers.