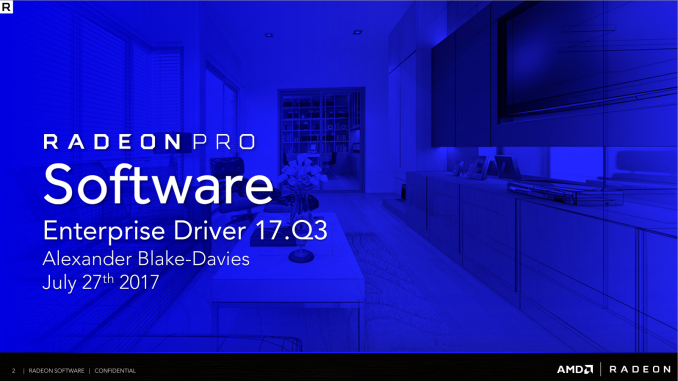 17.Q3 sees official support for the Radeon Pro Duo (Polaris), Radeon Pro WX 3100, and Radeon Pro WX 2100, all products that were launched after the release of 17.Q2. For older products, AMD did note substantial gains for the WX 7100 with respect to power consumption and professional application performance. 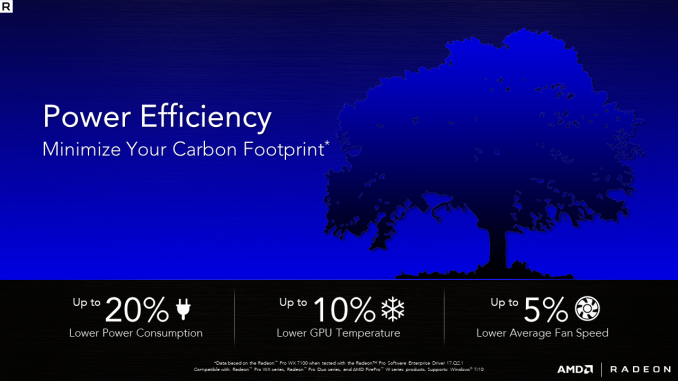 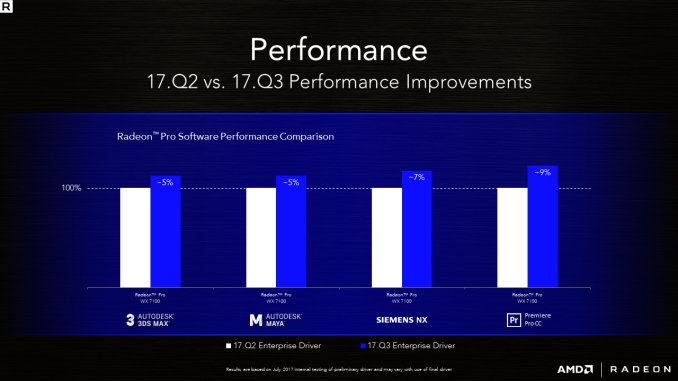