ASUS has announced a brand new Turing based model to their range with the ROG Matrix RTX 2080 Ti graphics card. The Matrix branding is synonymous with premium and the RTX 2080 Ti feature set looks nothing short of feature packed.

What makes the ROG Matrix RTX 2080 Ti stand out from the crowd is the use of ASUS's new Infinity Loop cooling hybrid cooling solution. Infinity Loop integrates a closed loop cooling system within the cooling shroud housing a pump, radiator and tubing within a triple fan designed cooler. Due to constraints that are associated with cramming numerous components underneath what looks like a seemingly regular GPU cooler, the ROG Matrix RTX 2080 Ti takes up a total of three PCIe slots. ASUS claims the Infinity Loop cooling solution beats rival vendors with 120mm hybrid cooling designs and even competes with models that feature 240mm radiators.

Included on the rear of the PCB is a metallic carbon fibre styled backplate with swathes of RGB LED lighting throughout the cooler which is supported by the ASUS AURA Sync software. The Infinity Loop cooler has three Axial-Tech fans and also features 0db technology. This means when the card is operating below 55 degrees Celsius, the Matrix cooler operates passively for optimal acoustic performance while light gaming and performing general tasks such as web browsing. 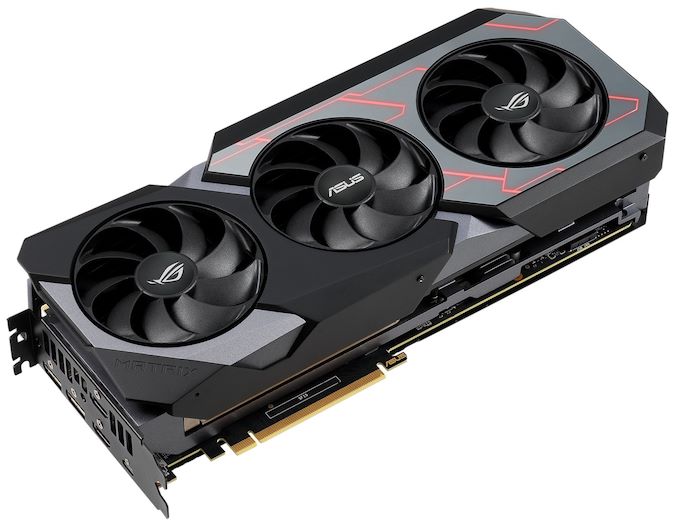 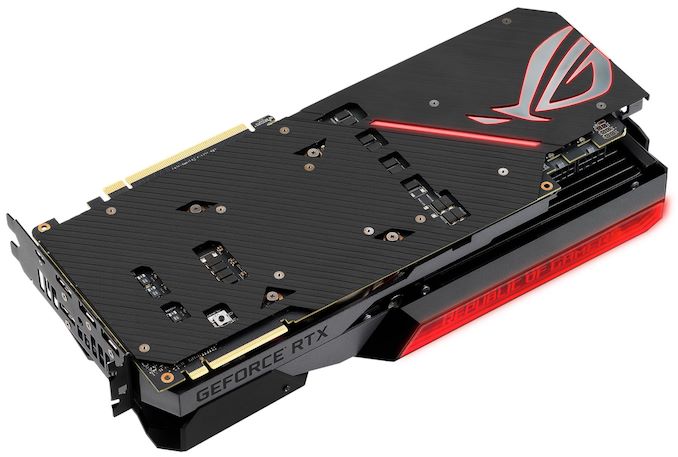