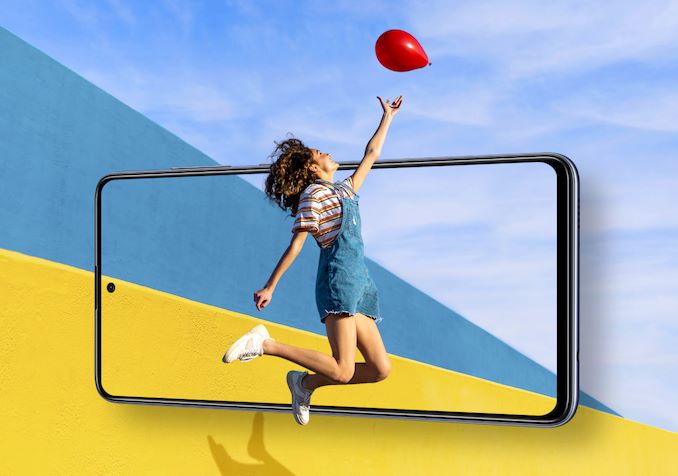 While Samsung draws most of its smartphone reputation from its high-end phones, the bulk of the phones that the company sells are are not the $700+ Galaxy S series, but rather the cheaper phones that fill out the lower parts of its product stack. To that end, Samsung has unveiled its new mid-range Galaxy A51 and Galaxy A71 smartphones, which are designed to strike a better balance between features and the handset's cost.

As their model numbers suggest, Samsung’s Galaxy A51 and Galaxy A71 smartphones are designed for different price points, yet they have many similarities. Both handsets come in a plastic body, which depending on the model houses either a massive 6.5-inch (A51) or a 6.7-inch (A71) Infinity-O Super AMOLED. Both models get similar panels, each sporting a 2400:1080 resolution as well as an ultrawide 20:9 aspect ratio. The display in turn is protected with Corning's Gorilla Glass 3, which although not the latest and greatest there, is not particularly surprising (nor a bad choice) since, unlike the S-series, these smartphones are not water-tight.

Meanwhile, with cameras being one of the big selling points for flagship phones this past year, Samsung has tried to bring as much of this down to their mid-range phones as possible. Both smartphones feature a quad-module rear camera setup, consisting of a 48 MP or a 64 MP main module, a 12 MP ultrawide module, a 5 MP depth sensor, and a 5 MP dedicated macro module. As always, we'll have to see how well these camera modules actually work once the phones are shipping, but it's a surprisingly aggressive number of modules to ship a cheaper phone with. Finally, rounding out the camera collection for both phones is a 32 MP punch-hole selfie camera. 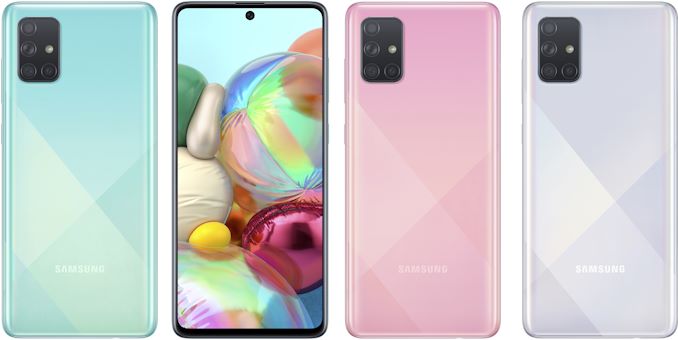 So far, Samsung has introduced its Galaxy A51 and Galaxy 71 in Poland and Vietnam and while other markets have not yet been announced, it's only a matter of time (and presumably after the new year). The A51 will be available in Vietnam in late December, so expect the A71 to hit the market a bit after that.