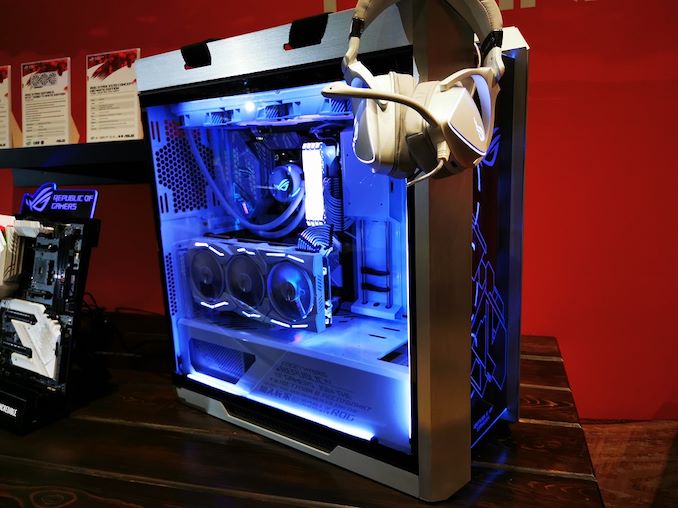 At the ASUS suite at CES 2020, the company showcased quite a few concepts in addition to many new products ranging from laptops, Chromebooks, chassis, and peripherals. One of the most interesting items at the suite was an all-white system featuring a number of all-white concept products. This not only included a white ROG Strix X570 motherboard, but an all-white ROG RTX 2080 Ti White Edition graphics card, as well as a new white ROG Strix 850 W power supply, and an all-white 240 mm AIO; ASUS refers to these products as 'fresh ice'. 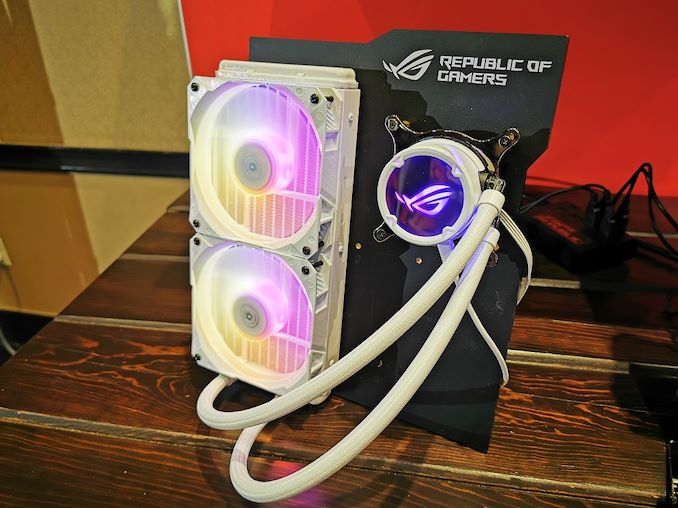 Equipped with a full range of white components, the ASUS all-white concept system features the ROG Strix LC 360 RGB White Edition all-in-one CPU cooler which features an aluminium radiator, with copper fins, and with white sleeved rubber tubing. The cooler supports most Intel sockets including LGA115x, 2011-3, 2066, and 1366, with support for AMD sockets AM4 and TR4. The CPU block includes ARGB LED lighting, while the two supplied 120 mm cooling fans are also white with ARGB LEDs. The PWM cooling fans are designed to operate up to 2500 rpm, with a maximum airflow of 80.95 CFM. 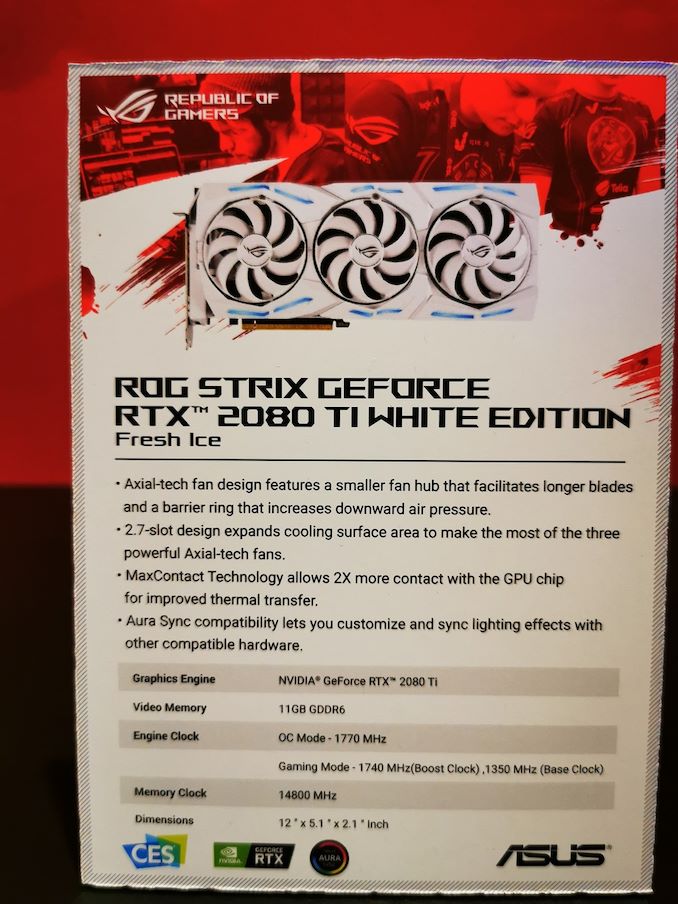 Installed into the system is an all-white version of its ROG Strix RTX 2080 Ti with a maximum boost clock of 1770 MHz on the core, with a memory clock of 14800 MHz effective. It includes all the regular features including a triple-fan cooler with axial-tech fans, a 2.7 slot design, and includes Aura Sync-enabled RGB LEDs integrated into the coolers shroud.

ASUS hasn't revealed if any of the all-white products will make it to full production, but it's hard to deny that if it did, they would be popular with users. With a lot of white-coloured chassis already on the market, the all-white range on display could inspire even more users to create snow-themed systems, a color which allows RGB LEDs to pop even more. One of the main reasons white doesn't always work is that some vendors seem to have issue with white PCBs eventually turning yellow after 6-12 months. We'll see if ASUS has solved that issue.