Back To School Technology Buyer's Guide

Component for component, retail desktops rarely offer as much value or flexibility as a comparable DIY desktop, especially if as a student you have access to heavily discounted OS licenses. However, retail desktops are often a good choice if the primary user is not especially tech-savvy. Retail desktops come with technical support and straightforward warranties. That is, they're potentially less of a headache in case something goes awry. When shopping for retail desktops, it is very important to shop around for remarkable sales. That said, we outline below what you can typically expect at four different price points. 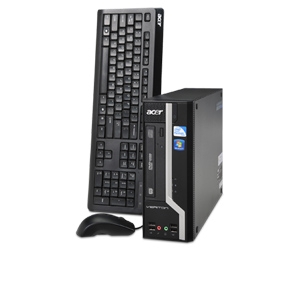 At $300, retail desktops typically feature previous-generation CPUs, less than 4GB of memory, smaller hard drives, and integrated (i.e. non-gaming) graphics. That said, these very inexpensive PCs are still up to basic productivity tasks like web browsing and document creation, as well as sound and video playback. The Acer Veriton VX275-UD5800W is an example of such a computer. Its dual-core Intel Pentium E5800 processor is based on a CPU architecture that is now two generations old, it has 2GB of RAM, and a 320GB hard drive. It's an attractive choice for college students because it's tiny—16" deep by 4" wide by 11" tall. Its 4" width is a small desk footprint; it could easily be placed on a typical dorm room desk while leaving plenty of room for other items. Considering the very low cost of RAM, upgrading it to a more comfortable 4GB would cost less than $15. 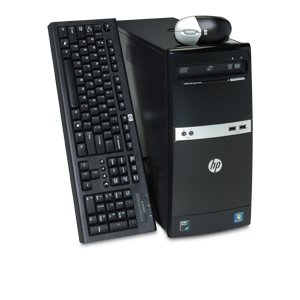 At $400, give or take, retail desktops start having good enough hardware that you can get four years of basic usage from them. Budget current-generation processors, 4GB RAM, smaller hard drives, and integrated graphics are typical in this price range. HP's 505B has specifications similar to the AMD micro-ATX system outlined on the previous page. The most important difference is the HP's PSU is 300W, and like most retail computer PSUs, it's likely not even capable of supplying that much electricity. The weak PSU severely limits this system's expandability in terms of adding more hard drives or a GPU. Also, the HP case is not nearly as attractive as the Fractal Core 1000! That said, it's a solid value at just over $400. 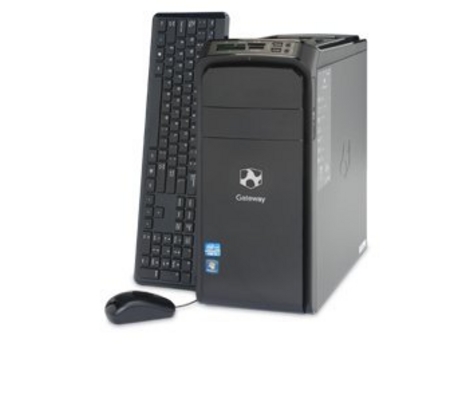 As a long-time computer enthusiast, it truly amazes me how much power can be purchased for $500 today. At $500, lower mid-range CPUs, more than adequate 6GB or 8GB of memory, and large hard drives abound, though these systems usually lack discrete GPUs (if you're not gaming, this does not matter). The Gateway DX4850-45u is exactly $500, has a quad core Intel Core i5 CPU, 6GB DDR3, and a 1TB hard drive. This system is respectably powerful today, and it will be very serviceable in four years. Its chassis also includes a few niceties like easily-accessible media card readers and more than typical USB ports. Its optical drive not only reads and writes CDs and DVDs, it can also read Blu-ray discs. WiFi is integrated. Unfortunately it also includes an anemic 300W PSU, so upgrading it with anything more powerful than a low-end gaming GPU will require upgrading the power supply as well.

At $700, retail PCs typically contain higher mid-range processors, 8GB RAM, large hard drives, and begin to include decent gaming GPUs. You usually get better bang for the buck at this point if you get away from the Dell and HP systems, where there's a major premium for decent graphics cards, and that's what we've selected here. CyberpowerPC's Gamer Xtreme 1314 houses the very capable Intel Core i5-2500K CPU, 8GB memory, a 1TB hard drive, and an AMD Radeon HD 6670 GPU. AnandTech reviewed the 6670 a few months ago and found it to be capable of producing acceptable frame rates (i.e. 30FPS or higher) in most games at resolutions less than 1080p and medium settings. The 6670 is not an enthusiast gamer's card, but it's okay for casual gamers, or hardcore gamers who like older titles (think World of Warcraft). Unfortunately, its motherboard will not facilitate overclocking the Core i5-2500K. Note that as the cost of the retail PC has risen on this page, so has its performance discrepency with the comparable DIY system. The Intel Core i5-2500K-based PC on the previous page has an enthusiast gamer-grade GPU, an SSD, a more feature-rich and overclockable motherboard, an aftermarket CPU heatsink for better overclocking results, and a much higher quality power supply for less than $100 more than this retail PC.

Now that we've covered both build your own and pre-built systems, the next page looks at what you'll actually be looking at: monitors.