I'm off to IDF this week while Ryan and Brian cover Microsoft's BUILD conference, so expect lots of CPU and Windows 8 news in the coming days. Just before I left however Seagate sent me a review sample of its recently announced GoFlex Desk 4TB drive. Eager to find out if anything had changed since I reviewed last year's 3TB model I dove right into testing. 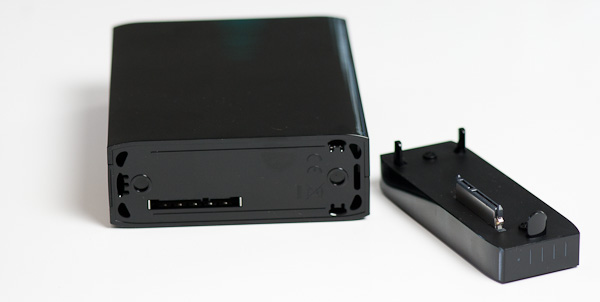 Although the SATA power and data connectors on the GoFlex Desk are in a standardized location, to date all 3rd party implementations of Seagate's GoFlex spec have been designed for 2.5" drives. As a result the only real advantage to this being a GoFlex drive is that you can swap out docks to get support for different interfaces.

By default the GoFlex Desk bundle comes with a USB 3.0 dock that's obviously backwards compatible with USB 2.0 ports. Seagate offers an optional USB 2.0/FireWire 800 dock, presumably for Mac users with FireWire 800 ports. The dock features five LEDs, one for power and the other four indicate capacity used in 25% increments. 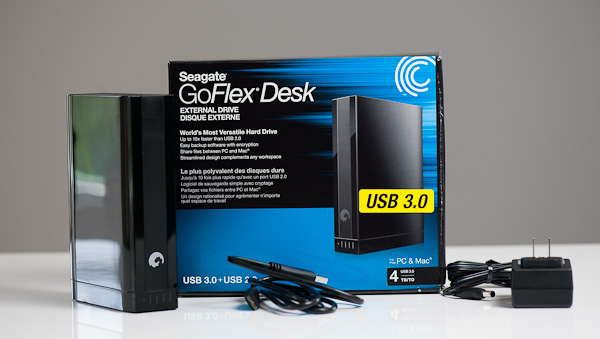 Seagate sent me the standard 4TB USB 3.0 bundle; with it you get the drive, power adapter and a USB 3.0 cable. The drive comes preloaded with Seagate's Dashboard as well as Memeo Instant Backup. Seagate will part with a 4TB GoFlex Desk bundle for $249.

As I mentioned in our initial post on the 4TB GoFlex Desk, Seagate uses a 5-platter 7200RPM 3.5" 6Gbps SATA Barracuda hard drive inside the GoFlex Desk. At 4TB that works out to be 800GB per platter.

The spec for hard drive storage capacity is done in base 10 where 1TB = 1 trillion bytes. That works out to be 3725GiB of storage on the GoFlex Desk 4TB. We've addressed the issue with hard drives greater than 2TB in previous articles, the same discussion applies here.

Despite retaining the name, the 4TB GoFlex Desk introduces a new external enclosure. It's sleeker and more angular than last year's, but more importantly it has better cooling properties. For now it looks like you can only get the new chassis if you buy the 4TB drive, the smaller capacities still ship with the old chassis. 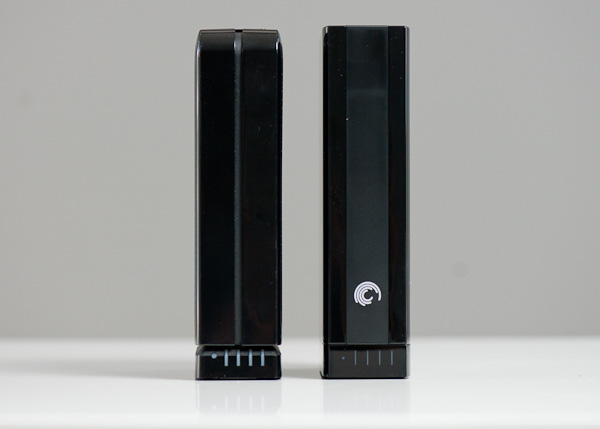 In our review of the 3TB GoFlex Desk we found that under hours of continued use the drive got quite warm: up to 69C. The high temperatures resulted from two things: the GoFlex Desk enclosure had very little ventilation and the 5-platter 7200RPM drive inside put out a lot of heat. With the move to 4TB Seagate stuck with a 5-platter 7200RPM design, but gave the enclosure more holes for ventilation: 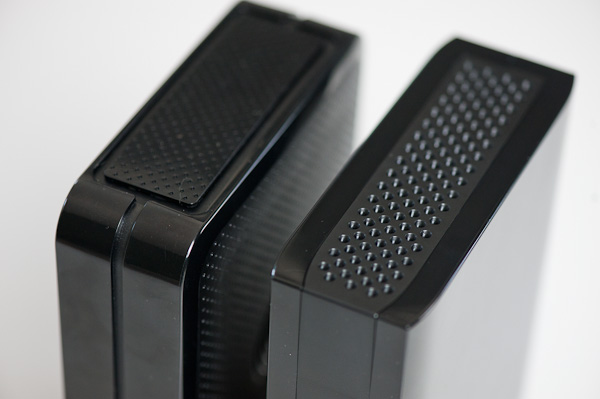 The top and back of the new GoFlex Desk are vented to bring down drive temperatures. The old design had dents that looked like holes but they were simply to give the plastic texture, they weren't functional. Western Digital's My Book Essential is still better ventilated but this is definitely a step in the right direction. 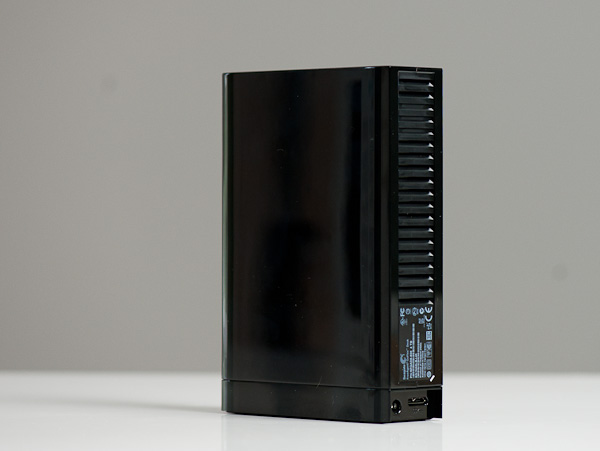 The new chassis definitely keeps temperatures cooler for longer under light usage, however if you're copying a lot of data to the GoFlex Desk temperatures will climb. After one hour of sequential writes over USB 3.0 I measured a drive temperature of 63C. In just under 2 hours the drive got up to 67C, a bit lower than last year's model but still troubling. The good news is unlike last year's model, the drive will continue to operate at full performance in this state. When testing the 3TB version last year we found that sequential write speeds dropped to 50MB/s when the temperature got into the upper 60s. 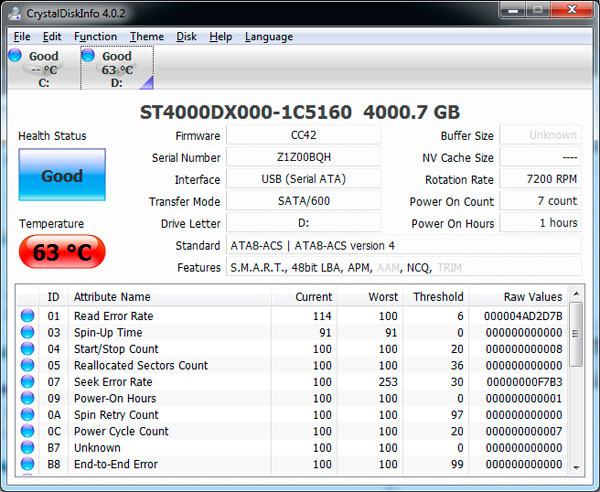 Granted that's after copying nearly 1TB of data without pause, so you shouldn't see these numbers other than the very first time you copy all of your data to the drive. During normal use and even when moving around a couple hundred GB of data the 4TB GoFlex Desk kept to 51C and below. I'm happy to see that Seagate redesigned the chassis, but I'd still feel more comfortable with even more ventilation or at least a cooler running drive inside. 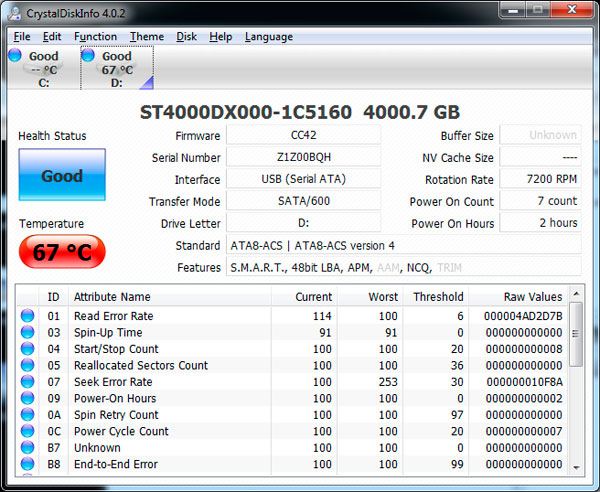 The internal Barracuda + USB 3.0 dock consume 11.9W at idle and 13.7W under load. The drive whine is audible when on but it's not overly loud. If you're using anything other than a very quiet notebook you'll likely not be too bothered by the drive.