Given what we've seen on the last page of the pair of GeForce GTX 680's in the iBUYPOWER Erebus GT, it's reasonable to assume we'll see them pretty much at the top of every chart. Thankfully we're starting to accumulate a decent amount of data to draw comparisons from with our new gaming suite. 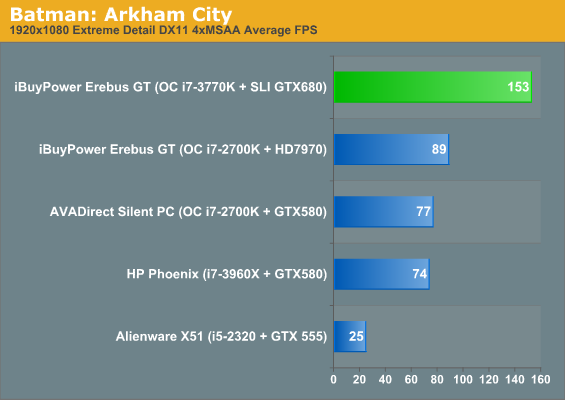 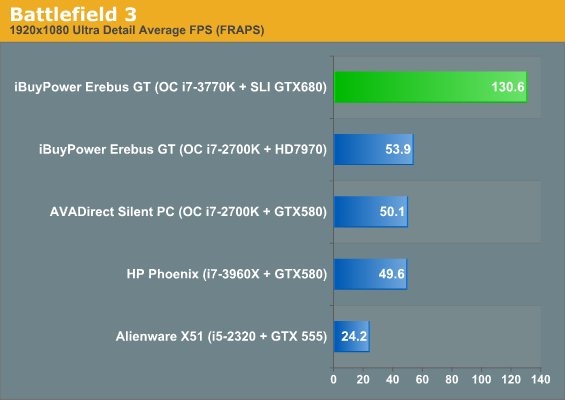 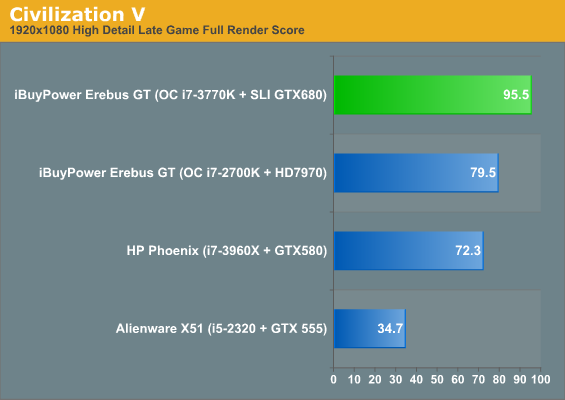 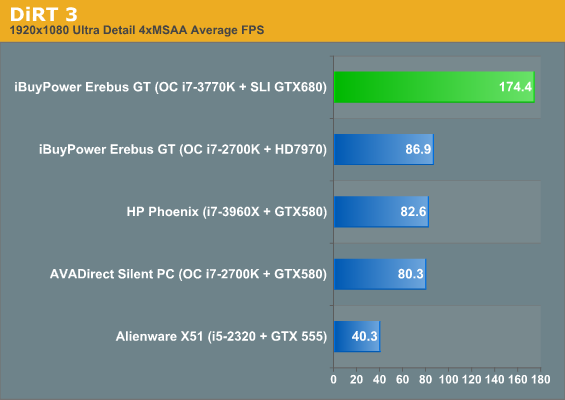 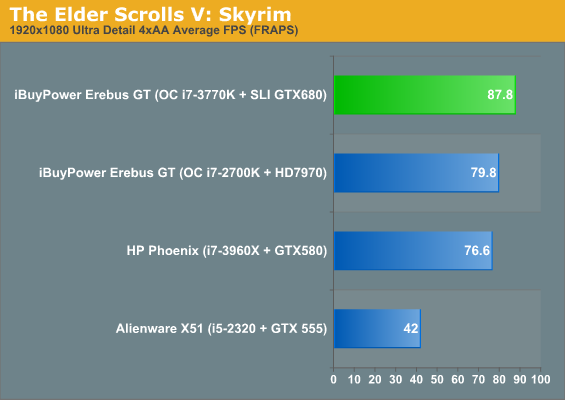 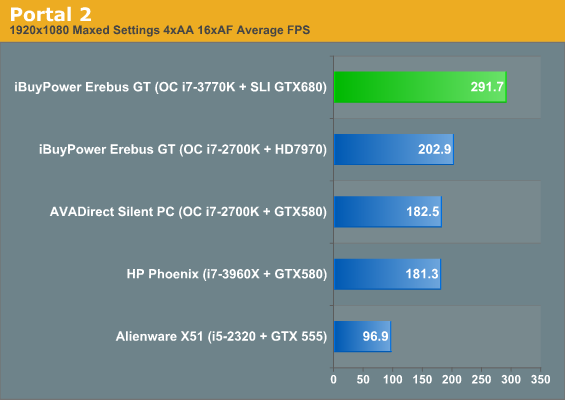 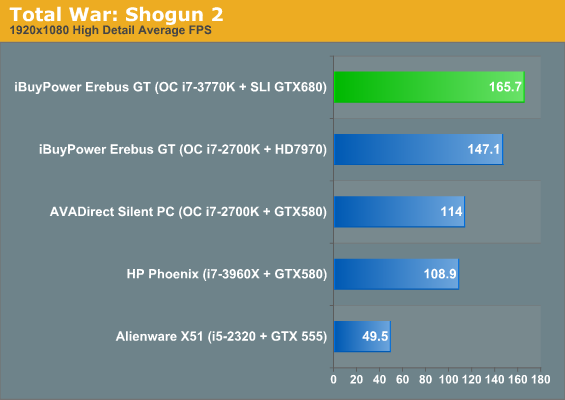 Bottom line, two GTX 680s is essentially excessive for 1080p. That's to be expected, but I was so stunned by the performance in Battlefield 3 that I actually had to double-check my results. Battlefield 3 has been fairly punishing on most of the systems I've tested, but the GTX 680s just brush it off. In other titles, we clearly hit CPU limits before the GPUs can reach their stride—Civilization V, Elder Scrolls: Skyrim, and Total War: Shogun 2 are clearly CPU limited at this point, and Portal 2 is only somewhat less so.

At the same time, everything isn't quite sunny for SLI right now. Since the GTX 680 is fairly new, each driver release from NVIDIA is going to become that much more important. The 301.10 drivers, for example, weren't entirely stable compared to the 301.24 betas, which could run DiRT 3 in surround without issue. I also had trouble actually configuring surround in the first place on the 301.10s, problems that didn't resurface in the 301.24s. The 301.10s also produced substantially lower SLI performance in Portal 2 (still 130+ fps) than the 301.24s. 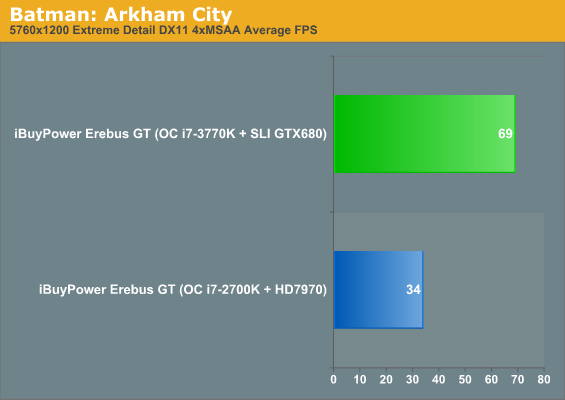 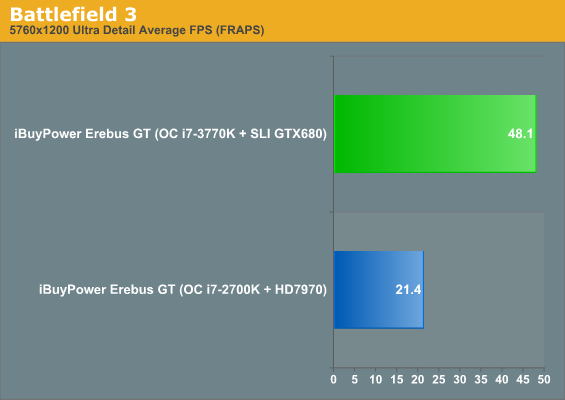 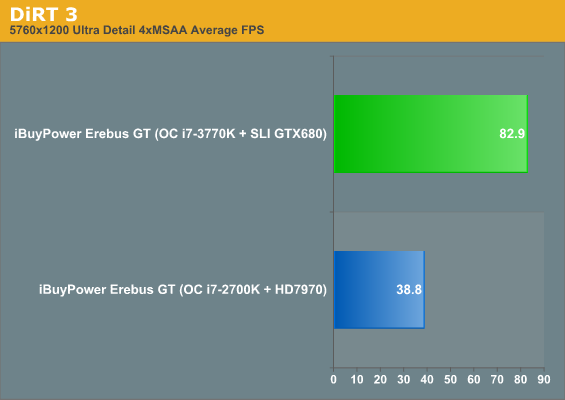 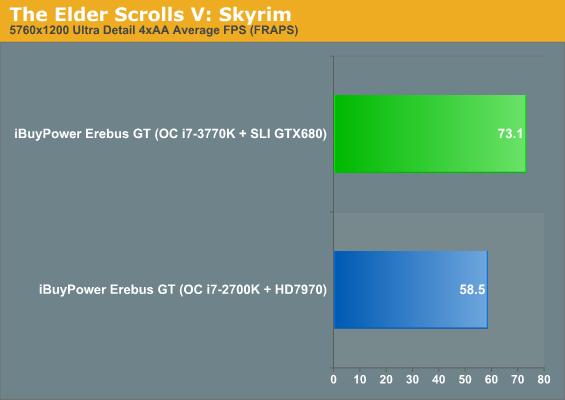 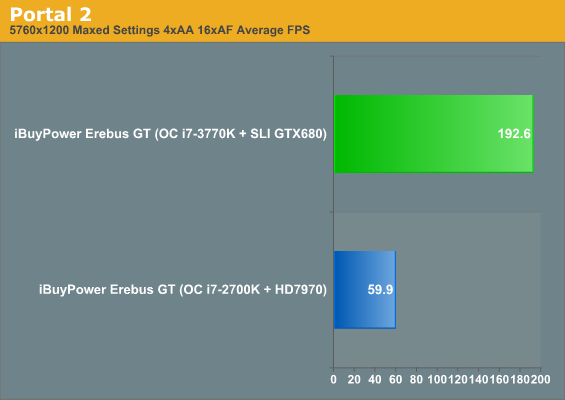 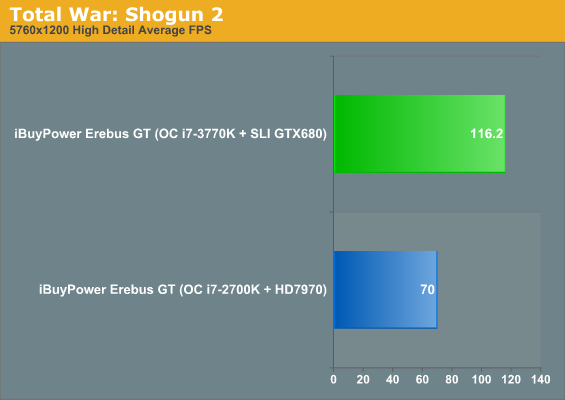 I'm sure it surprises no one that the pair of GTX 680s is able to provide playable experiences across every game at our highest resolution and settings. Battlefield 3 does bring the hammer down, though; triple the resolution and the performance is sliced pretty linearly down to about a third of what it was. If you want to run at surround resolutions with anti-aliasing enabled, though, the GTX 680s can do it. Interestingly, Skyrim is still apparently hitting CPU bottlenecks even at 5760x1200.