The ASRock Vision HT 321B package contained the following: 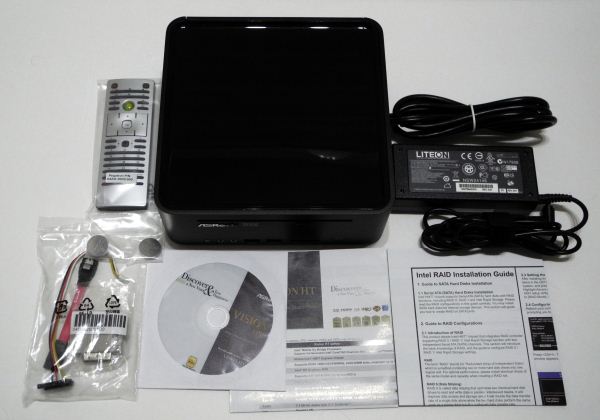 When compared to the Core HT from last year, we find that the two USB 3.0 ports and the microphone / headphone jack in the front panel are retained. However, the power button changes from a circular version to a square with rounded edges. A SD card reader also makes an appearance. There are no ventilation slots in the front panel this time around. 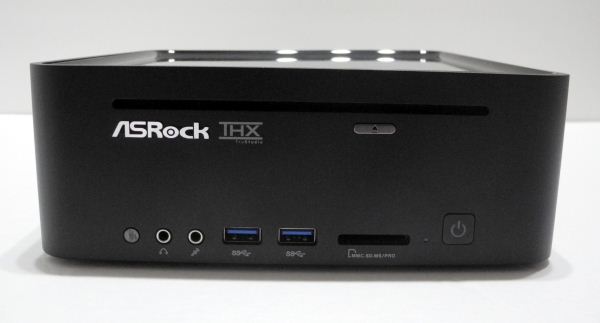 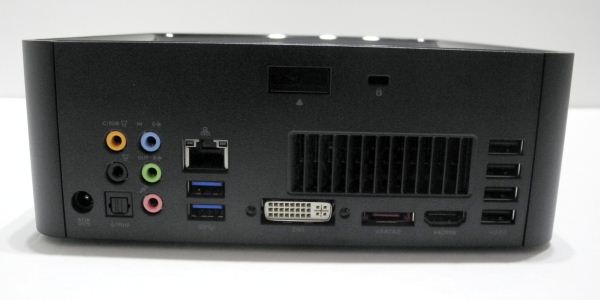 Just like a notebook, this unit also supports simultaneous display on two monitors. Testing was done mostly with the HDMI output connected to a Sony KDL46EX720 1080p 3D TV through a Pioneer Elite VSX-32 AV receiver. For non-media playing related testing, the HDMI port was connected to an Acer H243H 1080p monitor. Our review unit shipped with Windows 7 x64 Ultimate and a OEM version of Cyberlink PowerDVD for Blu-ray playback. However, the OEM version doesn't support 3D Blu-rays and is also crippled with respect to the number of audio channels that can be decoded / HD audio passthrough. To test these, we installed the full versions of both Cyberlink PowerDVD 12 as well as ArcSoft Total Media Theater 5.

We will conclude this section with a table to summarize the data and A/V connectivity options for the ASRock Vision HT 321B HTPC.