Gaming without (or with) a discrete graphics card

Part 1 of Anand's Trinity review compared the integrated graphics of the A10-5800K and A8-5600K to multiple other graphics solutions (including Intel's integrated HD 4000 and a number of discrete cards). Succinctly, the A10-5800K's on-die Radeon HD 7660D GPU almost always outperforms AMD's Radeon HD 5570 and Nvidia's GeForce GT 440 discrete GPUs. The Radeon HD 7660D even pulls close to Nvidia's GeForce GT 640 in some cases. While these are certainly not enthusiast-grade discrete graphics cards, the GT 440 in particular typically costs about $50 on its own.

So what can you expect to play with an A10-5800K? That depends on your idea of "playable". You can get specific numbers from Anand's review, but to summarize, Crysis: Warhead, Metro 2033, DiRT 3, Total War: Shogun 2, Portal 2, Battlefield 3, Starcraft 2, Elder Scrolls V: Skyrim, Civilization V, World of Warcraft, Left 4 Dead, Diablo 3, Aliens vs. Predator, and Minecraft are all very playable (at least 50-60fps) at 720p resolution and moderate details. It should be noted that Minecraft plays extraordinarily well even at 1080p resolution (i.e. almost 100fps)—I've built almost as many Minecraft boxes as World of Warcraft systems, and being able to use a $105 A8-5500 and no discrete GPU in the former is a welcome development.

Gaming at higher resolutions like 1680x1050 changes consideration of the A10-5800K as a "good enough" gaming processor. Metro 2033 and Aliens vs. Predator in particular start to struggle, and maintaining average frame rates higher than 40fps requires lowering quality settings in most of the remaining titles listed above. 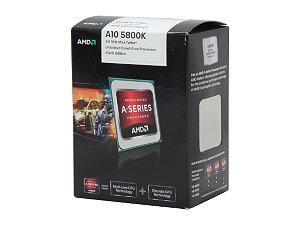 All that said, Trinity, especially the top-end A10-5800K APU, is a viable gaming processor for many gamers that doesn't require a discrete graphics card. Of course, it can be paired with a discrete graphics card (Hybrid CrossFire, aka Dual Graphics, is even possible in certain APU-dGPU pairings). However, I see Trinity's main audience for gamers as the mainstream/budget segment. Essentially, the A10-5800K gives you CPU performance comparable to Intel's Core i3-2100/3220 with the GPU performance comparable to a $50 card from either AMD or Nvidia. Since the A10-5800K costs about the same as an Intel Core i3-2100/3220, you're getting the $50 GPU for free. To make this tradeoff, you limit your upgradeability.

Keep in mind that the A10-5800K is an unlocked APU. This means that overclocking it is as simple as changing the multiplier in the BIOS. While I've only overclocked a few A10-5800Ks, all of them easily hit a base clock of 4.1GHz. This is a modest overclock, but it is with all cores and features enabled at stock volts and with the stock cooler. The frequency of the Radeon HD 7660D cores can be overclocked as well; going from the stock 800MHz clock up to 880MHz (a modest 10% overclock) didn't require any extra voltage for any of the chips I've tested.

As mentioned in the budget general use build, I like the NZXT Source 210 case a lot for less expensive gaming builds. It's capacious and easy to work in, features a lot of potential for air cooling, and it's well-built for such a cheap case. It is not particularly quiet, but at $40, something has to be sacrificed. It's available in both black and white. Antec's Earthwatts line of power supplies has been venerable since its inception years ago. The 380W model is positioned to power this system efficiently; there's no real need to spend more on a higher wattage unit. 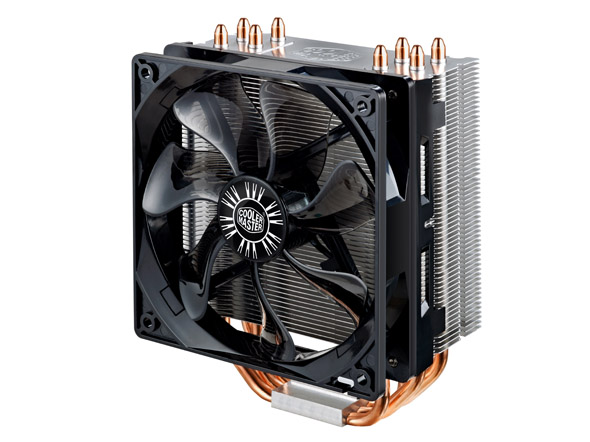 Though the AMD stock CPU cooler is sufficient for modest overclocking, we're including one of the best bang for the buck aftermarket coolers available—Cooler Master's Hyper 212 EVO. It's a few bucks more than the Hyper 212+, but comes with more effectively-spaced heatpipes and a better fan. It will facilitate much more aggressive clocks on the A10-5800K than the stock fan would, and it also runs quieter than the stock fan. That said, we recognize that overclocking isn't for everyone, so if you're not going to overclock, there's no need to buy this aftermarket cooler.

ASRocks' FM2A75 Pro4-M is a well laid out board with generous heatsinks on both the FCH and CPU VRMs, which helps with overclocking. It also supports overclocking RAM up to DDR3-2600 speeds, though we're not going that crazy here—the Patriot kit recommended is set at stock to 2133MHz. Given how dynamic prices are through the holidays, keep an eye out for sales, and when it comes to memory, watch how tall some of the modules' heatspreaders are—many are of questionable efficacy in terms of actually dissipating heat, and will not fit under larger aftermarket CPU coolers.

We're recommending a larger, slower HDD for this gaming build rather than an SSD, solely because games eat up space quickly. Even a modest gaming library will quickly surpass the confines of a budget-friendly 120/128GB SSD. Watch for sales on hard drives; you should be able to find 1TB 7200rpm models for less than $60.

With the three builds outlined, we have a few final words on the final page.