The AMD Radeon R9 Nano Review: The Power of Size

One of the issues in testing an unusual card like the R9 Nano is figuring out what to test it against. By and large most of the video cards we receive are, well, large, which is suitable for evaluating high performance cards, but presents a bit more of a problem when looking for something to compare the R9 Nano to.

Anticipating this problem, AMD offered to send us a competitive NVIDIA card as well, ASUS’s GeForce GTX 970 DirectCU Mini. As a matter of policy we typically don’t accept rival cards from a vendor in this fashion in order to avoid testing pre-arranged (and contrived) scenarios. However in this case we had already been looking into NVIDIA Mini-ITX cards for this review and had previously settled on trying to get one of the GTX 970 minis, so we opted to break from standard policy and accept the card. As a result we want to be transparent about accepting an NVIDIA card from AMD. 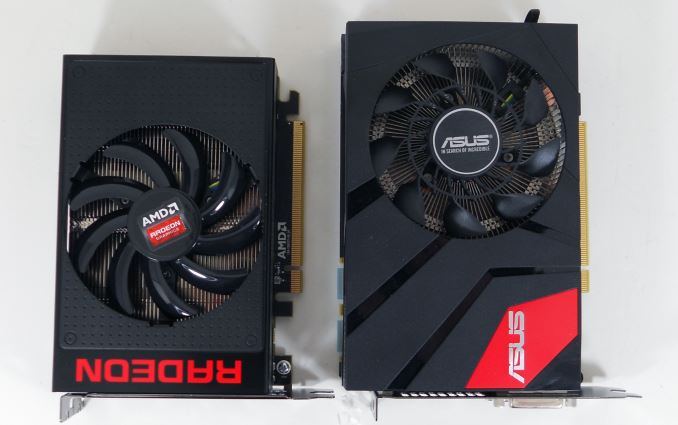 Meanwhile after some early experimentation on how to best evaluate the R9 Nano, we have opted to break from tradition a little bit here as well and test the card in two rigs. For our published numbers and for the purposes of apples-to-apples comparisons we are using our standard AnandTech GPU Testbed, a full-tower ATX system.

However in order to also test the R9 Nano in cozier conditions more fitting of its small size, we have also run a limited selection of cards within a second testbed as a control. Unfortunately we don’t have any true Mini-ITX systems around that are suitable for testing the R9 Nano, but for the next best thing we have turned to our frame capture workstation. Based on a Silverstone Sugo SG09 microATX case, this rig is built around a Core i7-3770 and typically houses our frame capture hardware for frame time analysis. For our testing we have pulled this out and set it up with some of our video cards in order to ensure that these cards operate similarly in cramped conditions. 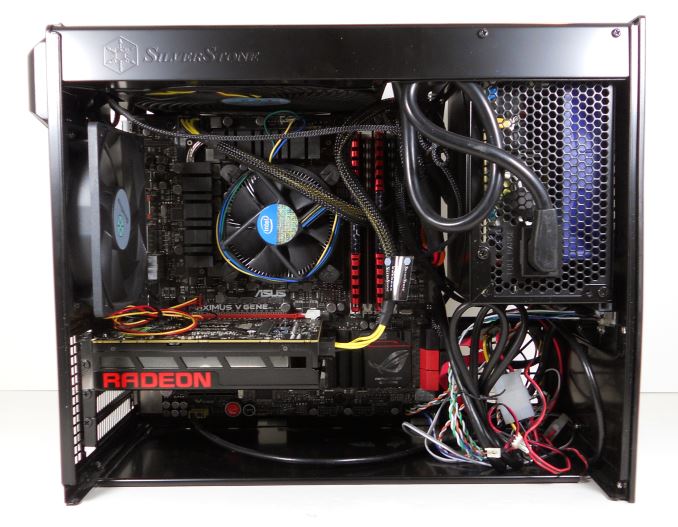