Huawei Announces The Honor 5A

Today Huawei announced a new member to the Honor 5 series, the Honor 5A, which brings a number of upgrades to the Honor 4A it replaces. The 5A comes with either a Qualcomm Snapdragon 617 SoC, which includes a 64-bit octa-core CPU based on ARM’s Cortex-A53 cores and Adreno 405 GPU built on the 28nm LP node, for the model specific to China Netcom, or a HiSilicon Kirin 620 SoC, which also includes an A53-based octa-core CPU and ARM’s Mali-450MP4 GPU built on a 28nm process. All versions include 2GB of LPDDR3 RAM, just like the Honor 4A and 5X, and 16GB of internal storage that’s expandable with a microSD card. 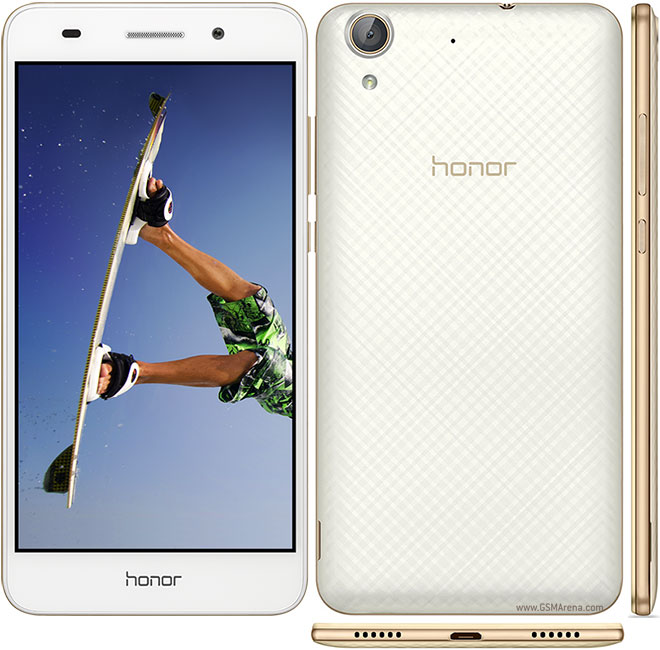 Screen size increases from 5-inches on the Honor 4A to 5.5-inches for the 5A, but the resolution for the IPS LCD panel remains at 720p, giving the 5A a pixel density of 267ppi. The upgraded hardware in the 5A is actually very similar now to the previously announced Honor 5X that we looked at previously this year. One important distinction between the two is display resolution: The Honor 5X’s 5.5-inch display has a higher 1080p resolution.

Both the front and rear cameras also receive significant upgrades. The rear camera increases from 8MP on the 4A to 13MP. It’s not clear if the Honor 5A is using the same 13MP Sony IMX214 Exmor RS sensor that the Honor 5X uses, however. Sitting atop the rear camera is a 5-element, 28mm wide-angle lens array with an f/2.0 aperture. The front camera sees a sizeable increase in resolution too, jumping to 8MP from the 4A’s rather low 2MP.

Because the Honor series targets cost-sensitive consumers, some features need to be sacrificed. The Honor 5A does not include a fingerprint sensor or NFC support, for instance. It also does not support 802.11ac Wi-Fi.

Overall the Honor 5A is a significant upgrade over the 4A, with specs that rival the Honor 5X. Moving to an octa-core CPU with a max frequency of either 1.5GHz or 1.2GHz should yield a small uptick in performance over the 4A’s quad-core Snapdragon 210 SoC, and the significantly larger 3100mAh battery should noticeably extend battery life beyond what the 4A’s 2200mAh battery provides. Whether the larger display is an improvement is a matter of personal taste, but the regression in pixel density is unfortunate. 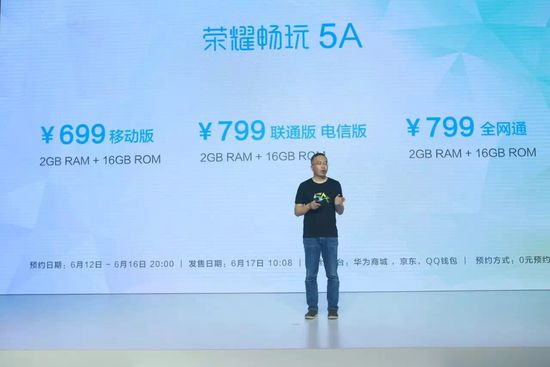 The Honor 5A is available in six colors, including white, black, blue, pink, yellow, and gold. It will be available for purchase in China this summer for a price of ¥ 699 (USD $106).