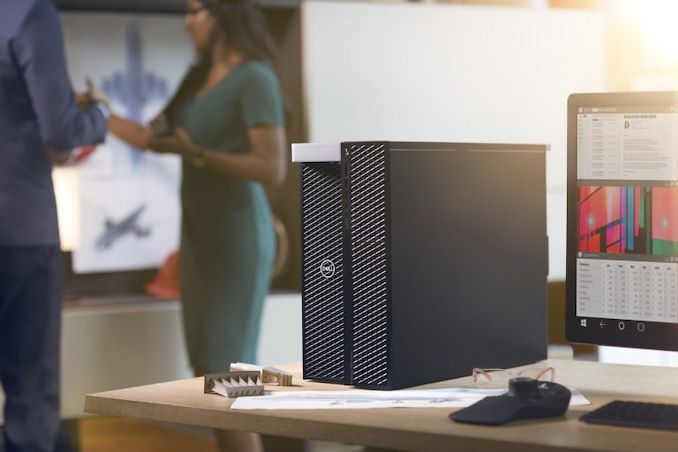 Dell has announced its new Precision 7000-series workstations based on Intel’s Xeon Scalable ‘Cascade Lake-SP’ processors and supporting a bunch of new hardware options. The new systems will be aimed at a broad set of workloads from content creation to scientific simulations and from artificial intelligence to healthcare.

Being Dell’s flagship workstations, the Precision 7800 and 7900-series machines use crème-de-la-crème of what hardware developers have to offer to provide uncompromised capabilities, performance, and expandability. The Precision 7800 systems come in tower/desktop form-factors, whereas the Precision 7900 workstations can be used as towers locally, or can be mounted into a rack (as they feature a 2U size).

Launching in May, the new Precision 7820 and Precision 7920 machines will be based on one or two Intel Xeon Scalable ‘Cascade Lake-SP’ CPUs thus offering up to 56 physical cores supporting AVX512_VNNI instructions advantageous for workloads that use neural networks, which is why Dell emphasizes AI (and VR) in its announcement. On the graphics and GPGPU side of things, the new Precision 7900-series machines will feature up to three NVIDIA Quadro RTX graphics cards (no word on GV100-based GPUs, but it is highly likely that they will be offered as an option too). 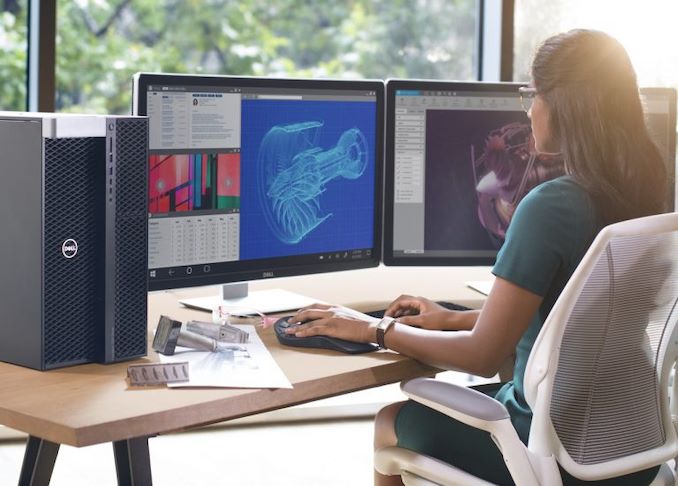 The most hardcore Precision 7920 configurations will be able to carry up to 3 TB of DDR4 DRAM per socket, up to 16 TB of PCI/NVMe solid-state storage (i.e., several M.2 and/or U.2. drives, depending on the configuration), and up to 120/96 GB of storage space enabled by ten 3.5-inch hard drives (i.e., Dell has certified 12 TB HDDs with the new system). Obviously, the workstations will support all kinds of connectivity along with 5.25-inch FlexBays (enabling ODD(s) and/or additional I/O modules for special purposes).

Given capabilities of the new Dell Precision 7900-series workstations, they will, without any doubts, require a sophisticated cooling system. Dell says that the chassis of its 7900-series machines features a ‘smart multichannel thermal design’ that ‘enables advanced cooling and acoustics’. Dell will reveal the actual configurations of the new Precision 7000-series workstations sometimes in May. Prices will obviously vary, but the range-topping monsters will obviously cost tens of thousands of US Dollars.

Note: Images are for illustrative purposes only.