Starting things off, let's take a look at the NH-U12S Redux performance with the fans at their full speed (12 V). 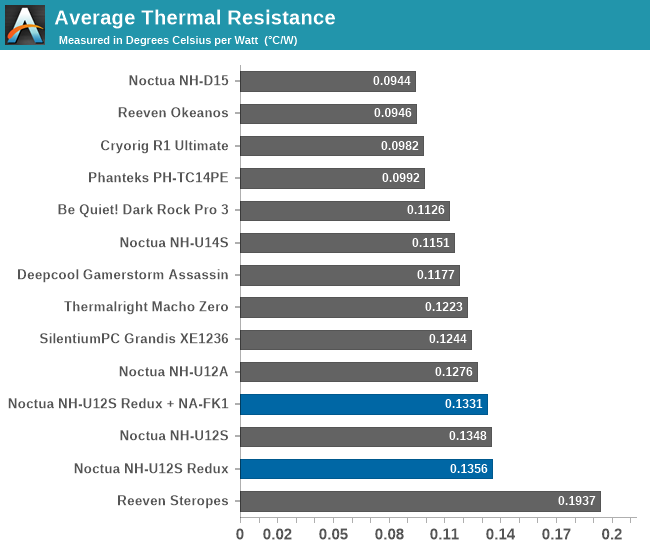 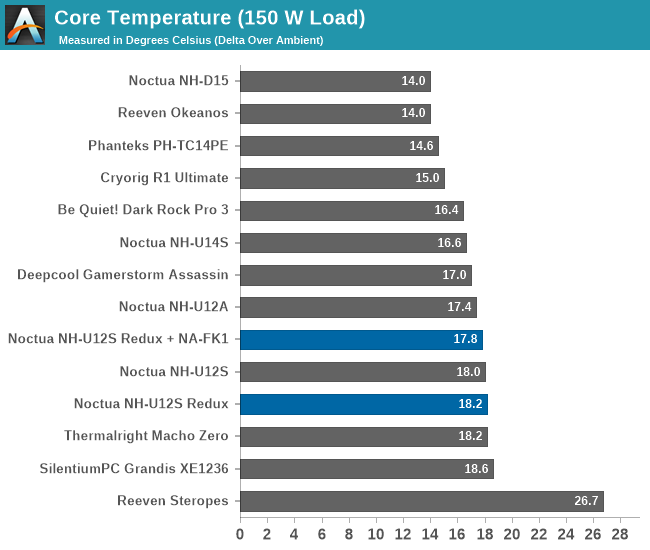 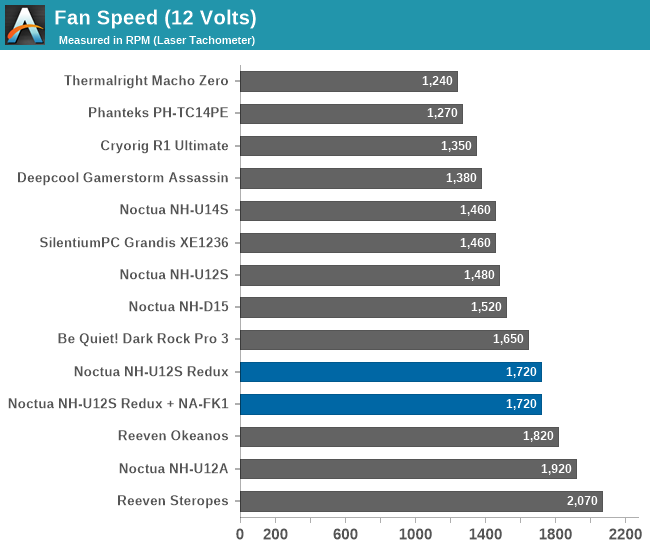 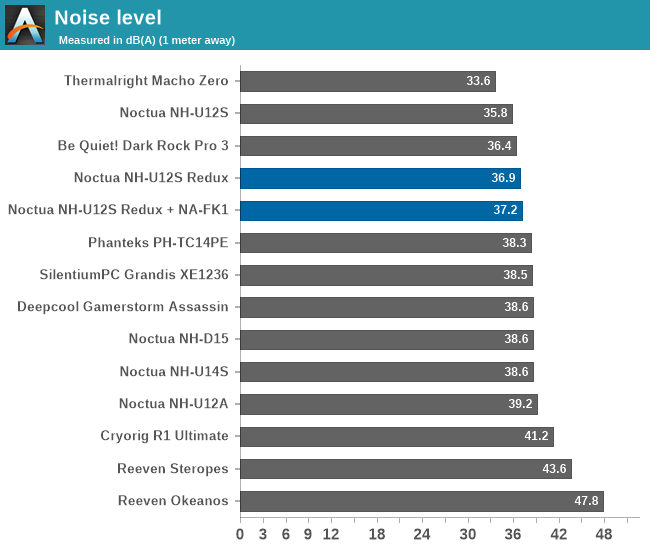 Switching things up a bit, let's next take a look at cooler performance with the NH-U12S Redux fans taken down to 7 Volts. 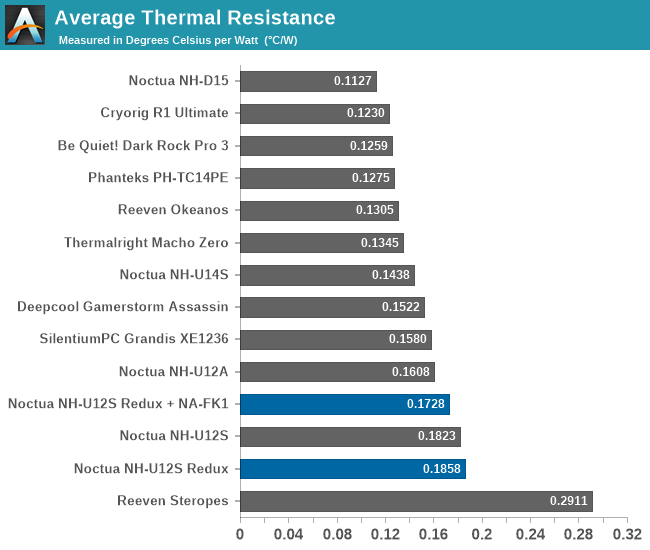 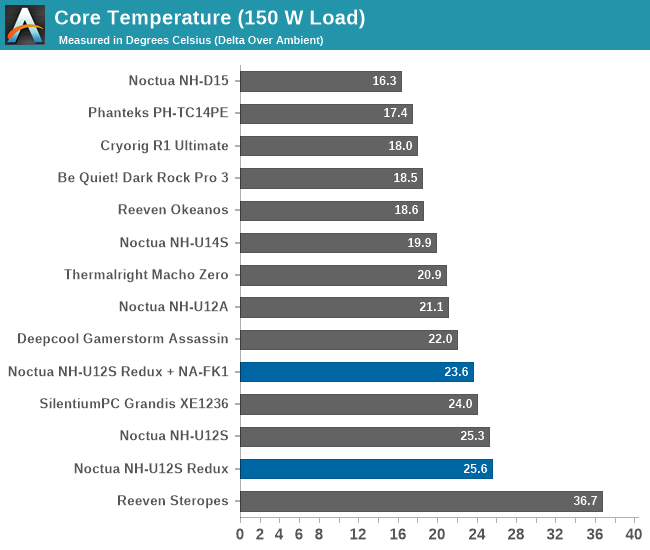 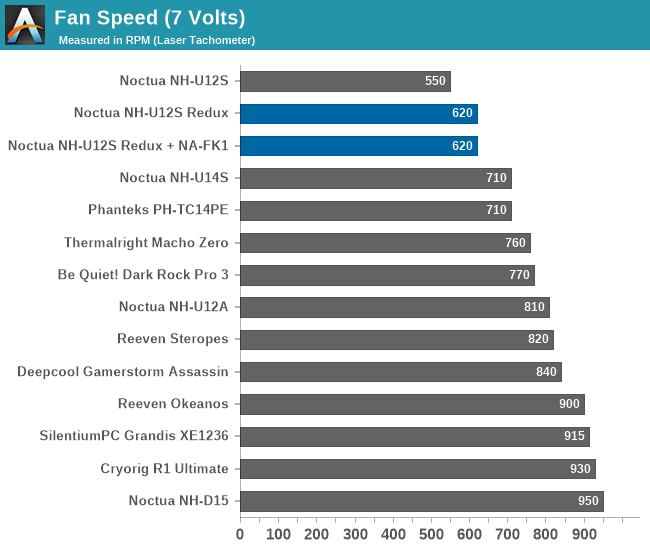 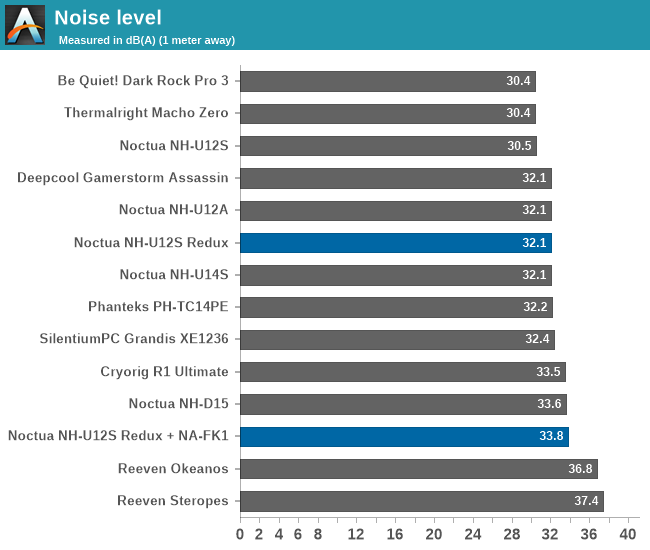 Both the NH-U12S Redux and the vanilla NH-U12S are practically dead silent under these operating conditions. The NH-U12S Redux has a noise output 1.6 dB(A) higher than that of the NH-U12S, which is technically a significant difference due to the logarithmic scale, yet on an absolute basis, 32.1 dB(A) is very low and you'd really need to focus to notice that kind of noise in a quiet room. The addition of the second fan makes the NH-U12S Redux more noticeable, but 33.8 dB(A) are very comfortable for everyday use. 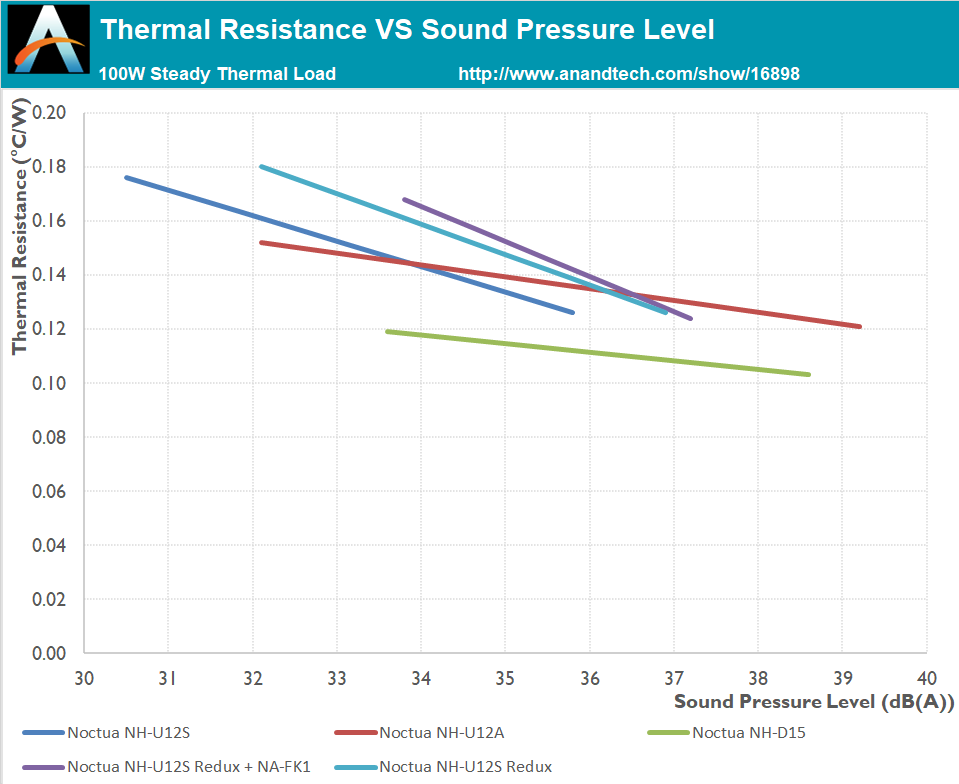