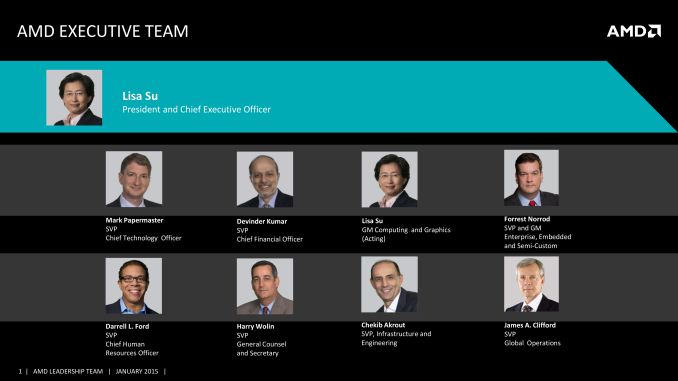 Word comes via email and an 8-K filing from AMD this afternoon that AMD’s executive lineup is undergoing a significant shakeup today. All told, 3 AMD executives are leaving the company today: GM of Computing and Graphics Business Group, John Byrne; Chief Marketing Officer, Colette LaForce; and Chief Strategy Officer, Raj Naik. This comes on the heels of an already busy 2014 for AMD’s executive ranks, which saw a business unit reorganization and the promotion of Dr. Lisa Su to COO and then CEO. 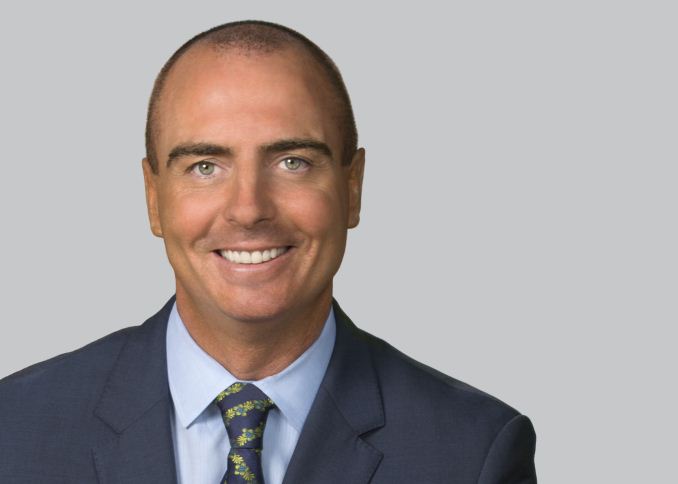 Starting from the top then, the highest profile departure – and the only one mentioned in AMD’s 8-K – is John Byrne. Byrne was promoted from Chief Sales Officer to SVP and GM of Computing and Graphics Business Group only 7 months ago, so his tenure as GM has been a surprisingly short one. Byrne is said to be leaving AMD to pursue other opportunities, and unlike Byrne’s original promotion that saw the GM position filled from within, AMD tells us that they will be conducting an external search for the new GM. In the meantime Dr. Su will be filling his position as interim GM. 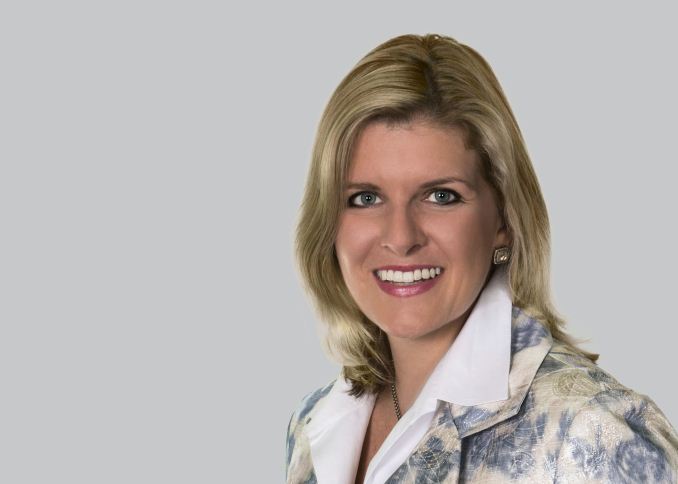 Second on the list of departing executives is Colette LaForce. Colette has been AMD’s Chief Marketing Officer since 2012, when she joined AMD at that level after leaving as Dell’s CMO. Like Byrne, LaForce is said to be leaving the company, though AMD has offered no further details. Finally, unlike Byrne’s GM position, no interim CMO is being announced. 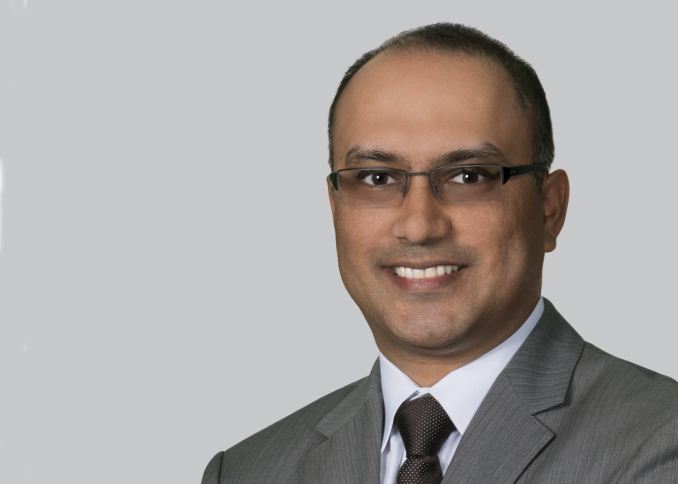 The last executive departing today is Rajan Naik, AMD’s Chief Strategy Officer. Naik was hired for the CSO position in 2012, joining the company from McKinsey & Company. Like Byrne and LaForce, Naik is said to be leaving the company with no further details available.

In announcing these departures, AMD included a short statement: “These changes, including the additions of Forrest Norrod and James Clifford to our management team last quarter, collectively are part of implementing an optimal organization design and leadership team to further sharpen our execution and position AMD for growth.“

Whether this is Lisa Su merely cleaning house after being promoted to CEO or part of a greater shakeup for the company remains to be seen, and certainly this is the biggest question to come from today’s departures given the unusual mass departure. 2014 has been another rough year for AMD as they continue to seek balance as a semi-custom IP and chip designer, and while they did manage to turn a tiny profit in Q3, we’re still waiting to see how AMD closed out the year with Q4. To that end, AMD will be announcing their Q4 results on Tuesday the 20th, at which point we should have a better idea of what these departures mean for the company and what AMD’s plans are like for the rest of 2015.